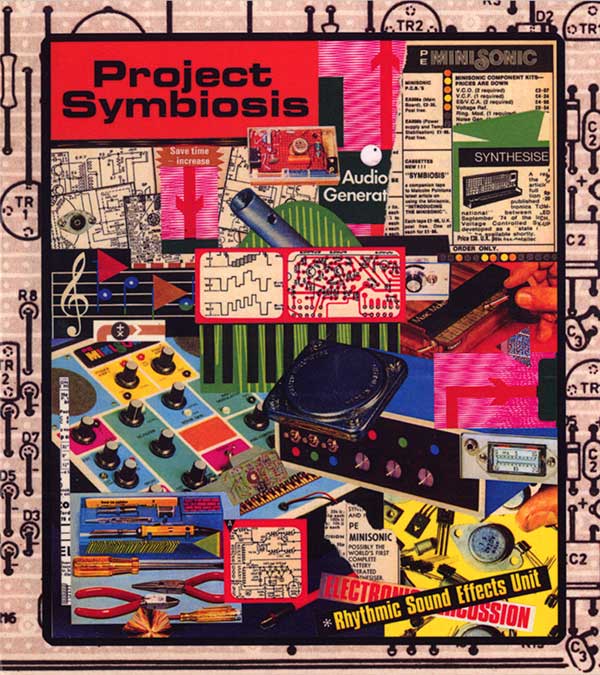 10 track CD 12 page colour booklet containing an essay on Symbiosis by Ian Helliwell, and short biographies on all the contributors. 100 COPIES / NO DIGITAL

In 1975 hobbyist magazine Practical Electronics published a feature on Symbiosis, an electronic music composition by Malcolm Pointon, designed for realisation by readers via a graphic score.

The piece was developed to augment the Minisonic synthesizer construction project, and stimulate builders and enthusiasts to explore their synths and use them for creative music-making.

During research for the book Tape Leaders, and the Malcolm Pointon anthology Electromuse, Ian Helliwell discovered two versions of Symbiosis recorded in the 1970s, and decided to tackle the piece with his own self-built equipment. This was the catalyst for inviting a number of fellow electronic music-makers to also follow the instructions and create new recordings, resulting in Project Symbiosis. Alongside Malcolm Pointon’s original, nine other versions interpreting the graphic score make up the compilation.