State To State 3 digital on Bandcamp

State To State 3 digital on Bandcamp

Time for another 808 State Friday Focus ,this week STATE TO STATE 3
Missing sleeve notes for the digitally displaced.

https://state808.bandcamp.com/album/state-to-state-3
and other digital platforms.

Previously unreleased material from sessions at PWL and Testa Rossa Studios in Manchester dating from 1994 to 2001. Also includes live cuts and remixes from 808 Stateʼs own archive.
808 State Atlas logo by John Walsh. Compiled in 2011 -No physical release. Filed under “Compilations”

Recorded at PWL Studios Manchester July 1997, Mixed by Jason Barron and 808 State . Fender Telecaster, Gibson Les Paul & Takemine Acoustic Guitars, Fender Bass ,Korg Prophecy, Mini Moog, Oberhiem Matrix 1000, Juno 106 Synthesizers .Akai samplers, TR 909 and Quasimidi 309 drums.
I always think of Eastern Standard being in a pair with Invader as it was written chasing down an advert for a roller coaster at Alton Towers ,An all out guitar track & breakbeat heavy which means it really suits the live setting .We were performing it in the set a few weeks a go.

Recorded at Testa Rossa Studios Manchester. 2001 Mixed by Andy Drelincourt and 808 State Waldorf Microwave XT, Juno 106, Access Virus, ARP Odyssey, Casio CZ101 Yamaha DX 100 Synthesizers. Akai sampler, TR 909, Quasimidi 309 Drum Machines.
A clean track that is still disco friendly due to its direct and bulbous kick drum .Its easy to get big kicks these days ,back then it might take a day or two. The rave organ is a classic preset on the Casio CZ101 ,I wish I could remember what the other rave tracks that originally used it ,triggers dance floor nostalgia & dry ice psychosis instantly .

Redesigned by Fritz Von Runte 2011. Based on a baked tape from Vibes Studio Oldham. Engineered by Mike Haas Roland TB 303 Bassline, EM&M spectrum, Oberhiem 4 Voice, Moog Prodigy, Mini Moog & Memory Moog Synthesizers Roland TR909 Drum Machine. Large Metal Skip. Akai sampler.
We met Fritz on our first trip to São Paulo ,As a music enthusiast he later moved to MCR, Here he reworks Lemon from the Gorgeous Disco 12 inch.
A loping and disciplined mix, It has a movement that reminds me of spiders ,cross rhythms ,six legged ,those top lines from the E M & M synth are nicely radiophonic. Electronic & Music Maker was a magazine for synth nerds in the 70s and 80s and this synth was a build it your self kit .
When I say people were giving away analogue synths in the late 80s ,here is an example
A1 repairs just tossed this bad boy in with a larger purchase one Saturday morning.

Desk Recording from 'On Air' Shibuya Tokyo. A three night run 28th, 29th, 30th May 1993.
The tape sounds damaged at the start but its the crowd noise breaking through the gates on the microphones .

Remade at S.M.M.O.K.T. 2010. Roland Juno 106, Jupiter 8, Arturia ARP 2600, Arturia Jupiter 8. Oberhiem 4 Voice, Crummar BIT 99, Roland D50, Pro One, SH 101 synthesizers .ESX Sampler, TR 909 drum machine.
In addressing our first Warehouse Project gig in 2010 I reconstructed Colony from the Gorgeous album for the live set .In doing so I felt i could now get a more aggressive yet clearer mix ,I did a few at the time that ended up on the greatest hits compilation BLUEPRINT ,these are titled “revisited”

Recorded at PWL Studios Manchester July 1997. Mixed by Jason Barron and 808 State. Hohner Electra piano, Bentley Acetone organ, Yamaha CS50, Ibanez ST50 guitar, Percussion, ARP Axxe, Akai samplers.
An edit of a track we recorded for “Ambient TV” released to soundtrack some computer visuals on Trans Ambient Volume 1 ,They needed something long with an organic flow ,an excuse to go a bit freeform and use some non MIDI instruments . I picked up an unusual electric piano in a VHS /game/DVD shop in the Andale Centre in MCR .A Hohner Electra ,It is very handsome and portable (not like the Hohner Electra that appears on some 70s records like Houses Of The Holy or Miles Davis at the Isle Of White that looks like an upright) We used to cart a Bentley Acetone Organ around with us for gigs at the time ,we took it to PWL for this recording along with the 60 kilogram Yamaha CS50 .We still had our faithful Transit Van and we were young , it would never happen now ..Software plug in s were on the horizon , most of them taxed our computer memory at the time .I wince at the thought of late 90s music computers , so much pain and suffering like a HAL 9000 shutting down and not letting you back in the airlock .

Recorded at The Woolhall Studio, Bath November 1994. Mixed by Al Stone and 808 State. Words by Edward Barton, Vocals by Mark Curtis. Roland JX8P, Jupiter 8, Juno 106, JD 800, ARP Odyssey, Denon & Roland Drum Machines, Akai sampler. Yamaha Acoustic Guitar.
Around the time of Don Solaris in 1995 we did a number of writing sessions with Edward Barton
https://edwardbarton.bandcamp.com/
This was a two way process as sometimes we worked on his tracks of an evening .
Ed always had a stable of singers and Mark Curtis from Liverpool was some one he was working with at the time .Mark had a voice that sounded to me like Michael Mc Donald but from Liverpool.
This track had a second life recently on one of the Touched Music compilations ,A charity record series to support Macmillan Cancer that we give a track to every year.
https://touched.bandcamp.com/album/touched-two

Recorded at Testa Rossa Studios Manchester. 2001 Mixed by Andy Drelincourt (Rossa)and 808 State. Roland Juno 106, SH 101, Pro One , Mini Moog, EMU Vintage Keys, Korg Prophecy Akai sampler, TR 909 Drum Machine.
The clanking sound in this track makes me feel very odd , Its the climbing frame in Erwood Park near where I grew up . Colin & I recoded it on one of our field recording trips of the neighbourhood
when recording FEVERHOUSE for Factory Records in 1983 - It got put on one of 808 s floppy disks years later ,but it instantly takes me back to being 5 years old at the park.(sorry you did nt need to know that) Sound is like smell , it can be instant time travel. Apart from that it fits into our lost cop TV show category.
Lots of Mellotron strings and Prophecy flutes doing a 60 s Quincy Jones vibe.

A back to basics stomper based around a TB 303 groove ,its actually a 303 patch on the Korg Prophecy run in arpeggiator mode that twists like a fish on a line. I wish I could go back and cut some of that voice sample out . Around this period we were direct to DAT tape ,no multi track tape
,no Pro Tools ,just the sequencer running a stack of AKAI samplers , the synths and drum machines. I d have to go back to a set of DATS that contain the sampler data back ups and some Zip drives - an archaeological dig too far at the moment. 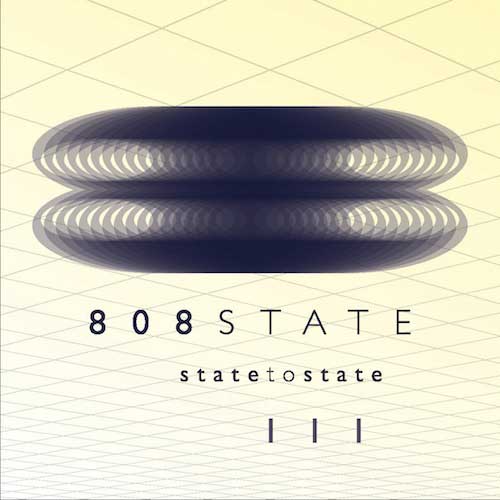