Toolshed will be playing live at the Preston Jazz & Improvisation Festival at The Met on Thursday 26th May 2022.

"Toolshed will be playing at Preston Jazz Fest later this month 26th May - this time out the team features Paddy Steer, Craig Hanson, Alan Keary and myself [Graham]. A new venue in Preston town centre called The Met" 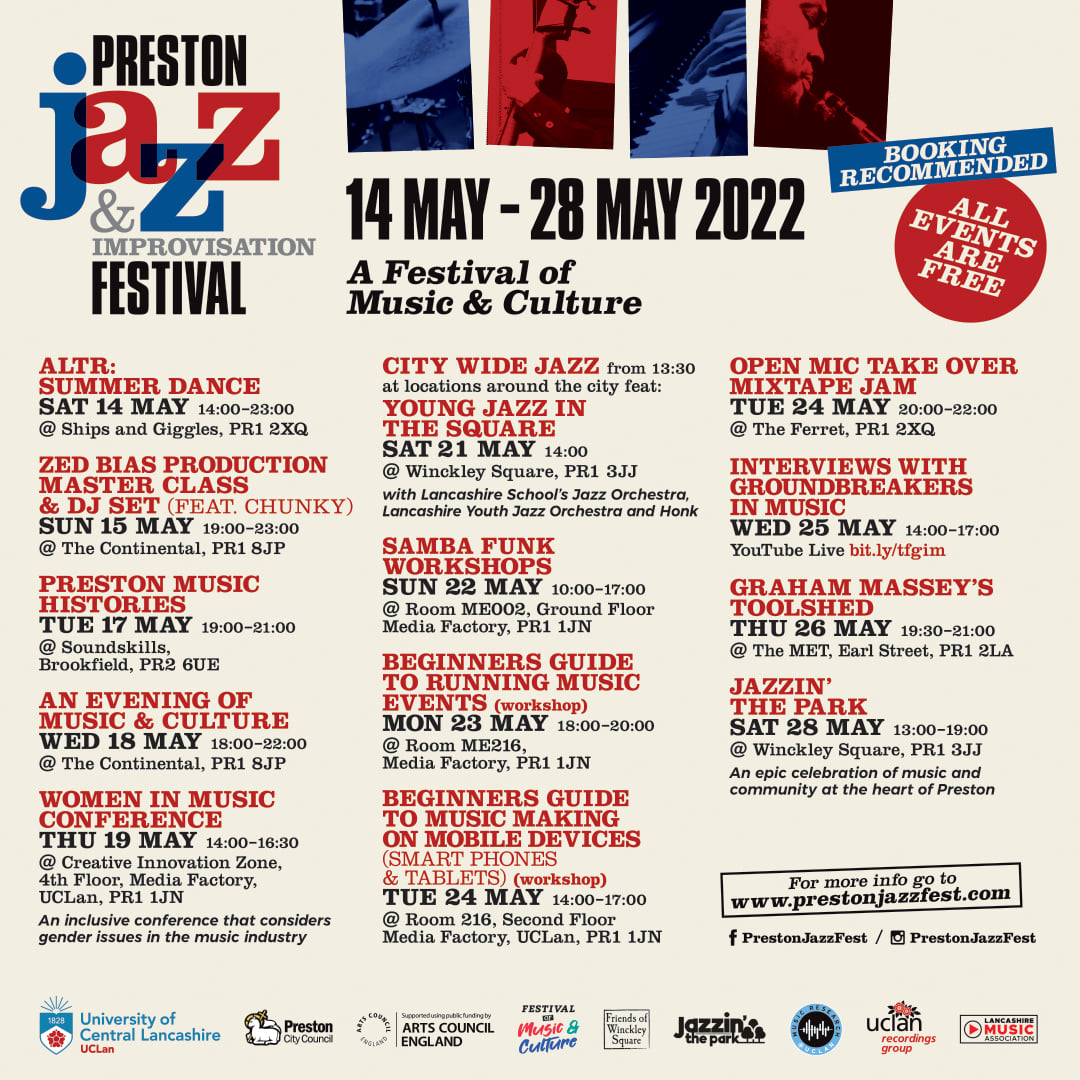 The venue will be the Met.

"Graham Massey’s Toolshed Project has been running for 24 years. Taking electronic music and handing it over to great improvisors
About this event

The Toolshed Chronicles - feat Graham Massey (808 State) Graham Massey’s Toolshed Project has been running for 24 years. Taking electronic music as a starting point and handing it over to a rotating cast of great improvisors

Graham was a founding member of the seminal and internationally successful electronic group 808 State and his collaboration, remixing and production list reads like a “who’s who” of contemporary music from the past 30 years, including the likes of David Bowie, Quincy Jones, Bjork, Goldfrapp, SMD, Primal Scream, YMO and many others.