As one of the lesser-known aliases from a man whose various musical nom-de-plumes read like Rumplestiltskin’s prison quiz, the early doors moniker of Beach Surgeon was a lesser-known late 70’s cover-up for 808 State’s Graham Massey given to music made somewhere between the messthetical Gongish punk of Danny And The Dressmakers and the angular anti-funk of Biting Tongues. Harbouring some of Massey’s best-kempt-secrets the ultra rare Beach Surgeon cassettes have since reared their heads on collectors’ lists after being discussed in the same hushed tones as Nurse WIth Wound label signees The Lemon Kittens and cassette-swap regulars like Storm Bugs (as thusly mentioned in David Keenan’s industrial music tome England’s Hidden Reverse) whilst the recent inclusion of the track Chicken Skin Planet on the Plastic Dance compilation series has become a continuously requested favourite worthy of fresh investigation. The tracks on Cassette Roulette are spliced together for this new ongoing anthology exposing Massey as the architect behind one of the most enigmatic names on the vibrant industrial tape-swap scene spanning the late 1970s/early 1980s.

“Back in the Late 70s/early 80s the Beach Surgeon was a guise I adopted for one man shows or small line-ups for experimental support slots as a part of The Manchester Musicians Collective,” explains Graham in reference/defence of this new collection for PVA Tapes. “It was the age of the cassette album, made in a bedsit, and globally liberated via self addressed envelopes in response to small ads in DIY fanzines of the day.” Originally housed in hand-crafted sleeves of diminishing quality this limited handmade compendium stays true to that bygone aesthetic complete with bespoke tangible sandpaper and medical tape packaging homemade in very limited numbers. Described by Dr. Massey himself as portastudio post-punk made with musical junk and youthful daring this glimpse in to Grahams no budget formative years is primarily assembled from various original tape releases on Luscious Orb Cassettes and features some telling-indications of a future Massey with a handful of early electro experiments including the emerging Roland drum Machines and TB 303. 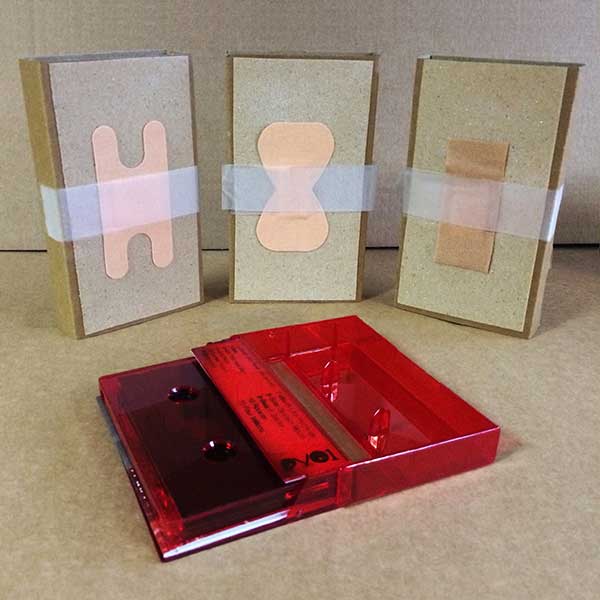 Got my copy - first cassette I've bought since 1989?
That year I bought The Beatmasters Anywayawana and Neneh Cherry's Raw Like Sushi
Top
Post Reply
2 posts • Page 1 of 1